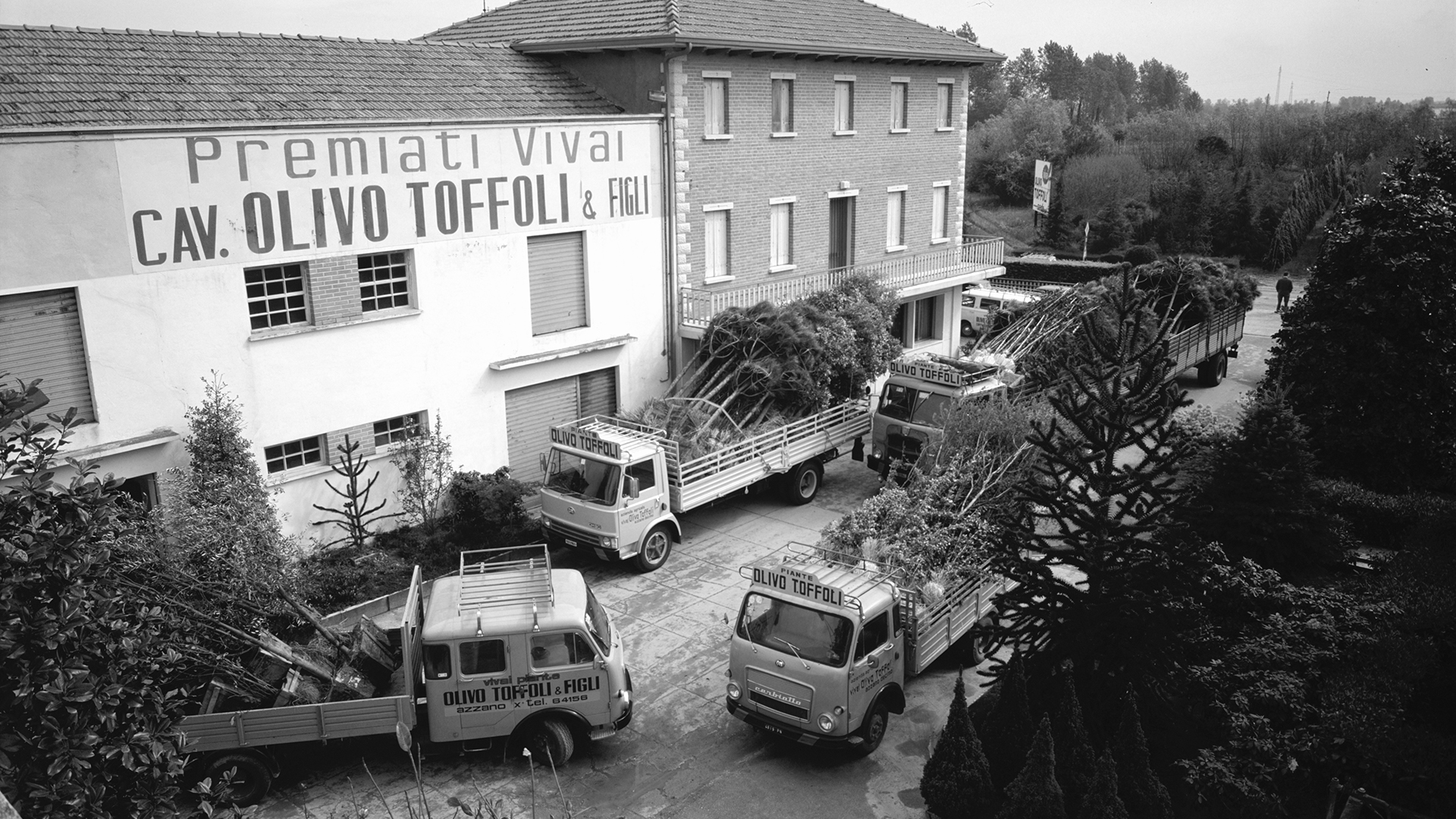 The history of Vivai Olivo Toffoli, with over 90 years of experience in the field of horticulture and arboriculture, has always been characterised by a high standard of quality, which has enabled our company to be proud of its own evolution. Numerous industries have in the past relied on our experience and they still do so today. We have always met all of our customers’ requirements with care and achieved their complete satisfaction. With its ‘green’ philosophy, the forward-looking Vivai Olivo Toffoli develops new, environmentally compatible concepts with due regard to the environment and the delicate balance of nature. We look to the future by entering into important partnerships, both in Italy and worldwide. 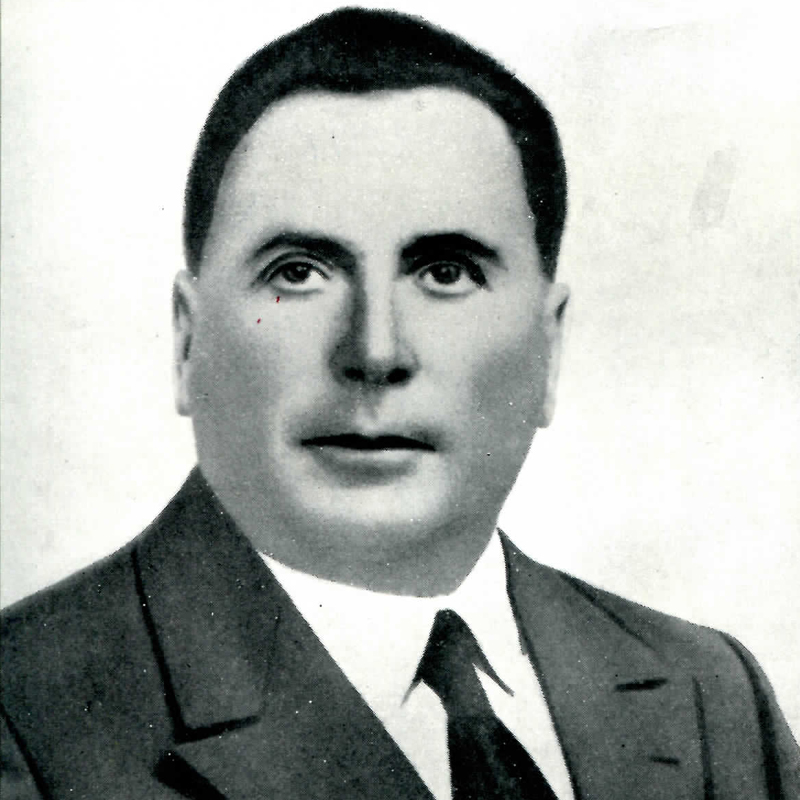 Cavaliere (Knight) Olivo Toffoli was born in 1901 in Azzano Decimo and, at the age of 18, started to work in the woodlands of France, where he remained until he was 24. Thanks to his expertise and the decrypted ‘secrets’ of grafting, he started to work on his first entrepreneurial project in 1928 following his return to Italy. As a true pioneer in the tree nursery sector of Friuli-Venezia Giulio, his activities started with the production of grafted scions – with a special focus on the viticulture in the regions of Triveneto. Soon he realised that the entire agriculture required respectable and reliable entrepreneurs. For this reason he also started to create other fruit trees, asparagus, poplars and mulberry trees. 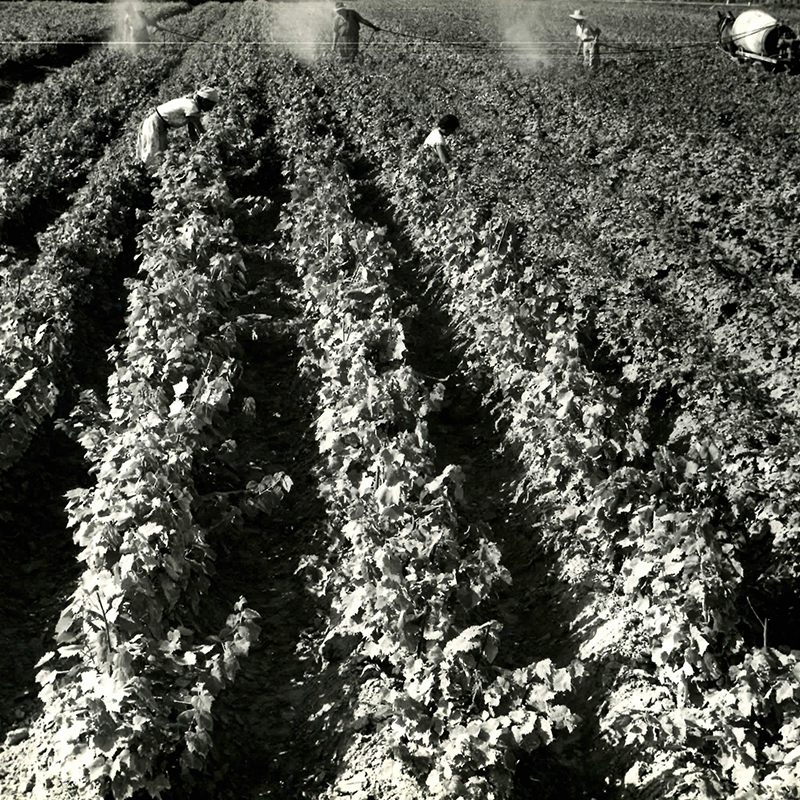 During the post-war era, the economic recovery in all sectors in Italy contributed to the fact that the building and construction industry and urbanisation promoted the development of a new reality – horticulture. Therefore, together with his sons Aldo and Lino, Olivo Toffoli started to initially market and subsequently also cultivate ornamental plants. 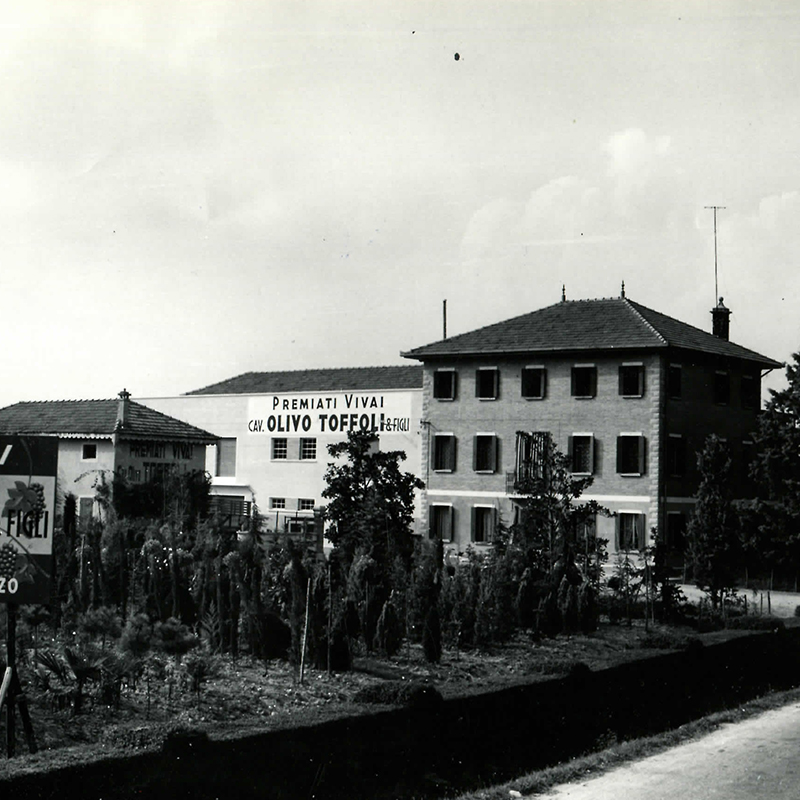 In 1956 Olivo Toffoli died prematurely and left the management of the company to his sons. Lino dealt with the production in the tree nursery, whilst Aldo organised and maintained the relations with the most important companies in the regions of Triveneto and the neighbouring countries. This is how the first products were exported to Albania, Switzerland, Austria and to the largest economic areas within Europe. Thanks to this opening for new markets, the scion production reached two million units. 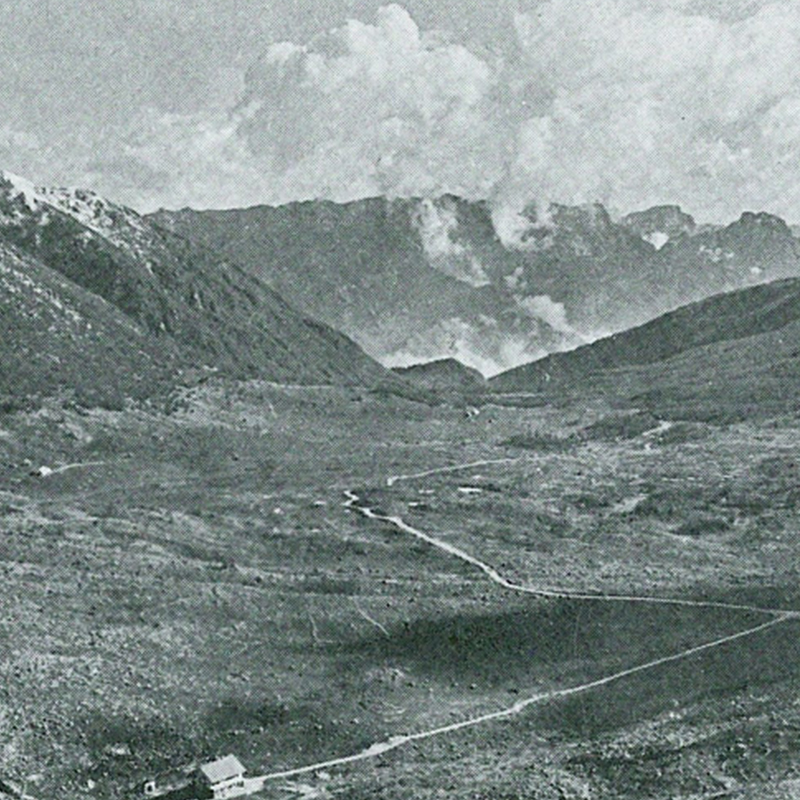 In the 1960s and 70s, the floriculture and arboriculture experienced a true ‘miracle’, which also enabled our company to expand, thanks to the takeover of an already existing local company and the acquisition of new premises within the Pistoia region, which is regarded as the centre of arboriculture among industry experts. During this time the company structure was improved by employing various experts – including the famous German landscape architect Ferdinand Bredenkamp. Now the company set itself new international goals. 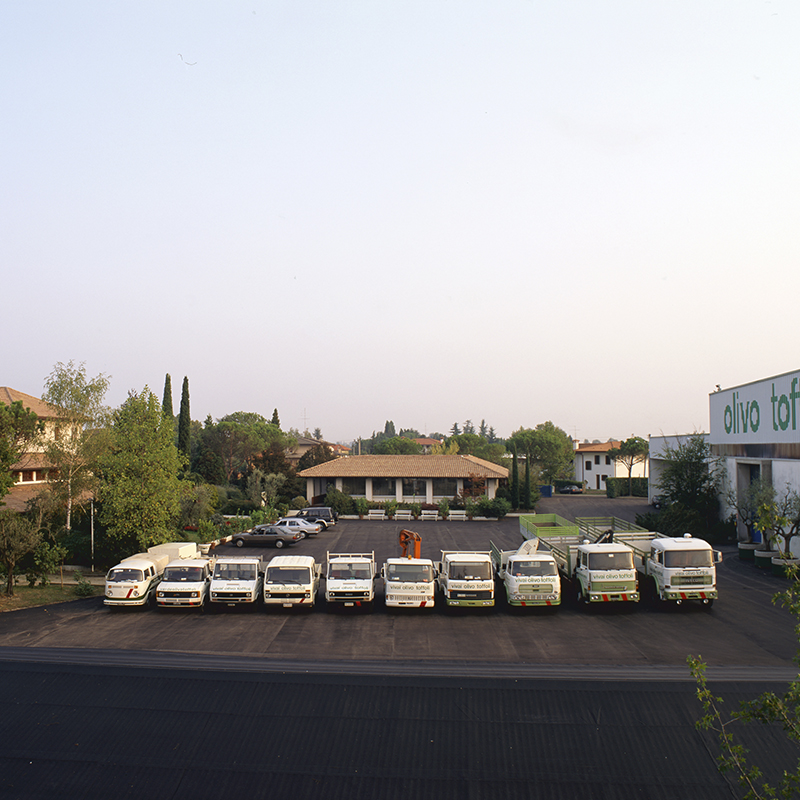 During the 1970s and 80s our headquarters were completely refurbished and transformed into a true centre of arboriculture and landscape architecture. This was achieved through modern offices that, surrounded by water features and green spaces, reflect the company’s philosophy. The forward-looking planning of Aldo Toffoli and his wife Lisetta was admirable. They commissioned one of the best architects with the planning of the offices, the house and the halls, their style and purpose still being pioneering today. After Lino’s death in 1975, the company was taken over fully by Aldo, who managed it together with his wife Lisetta and his son Maurizio. 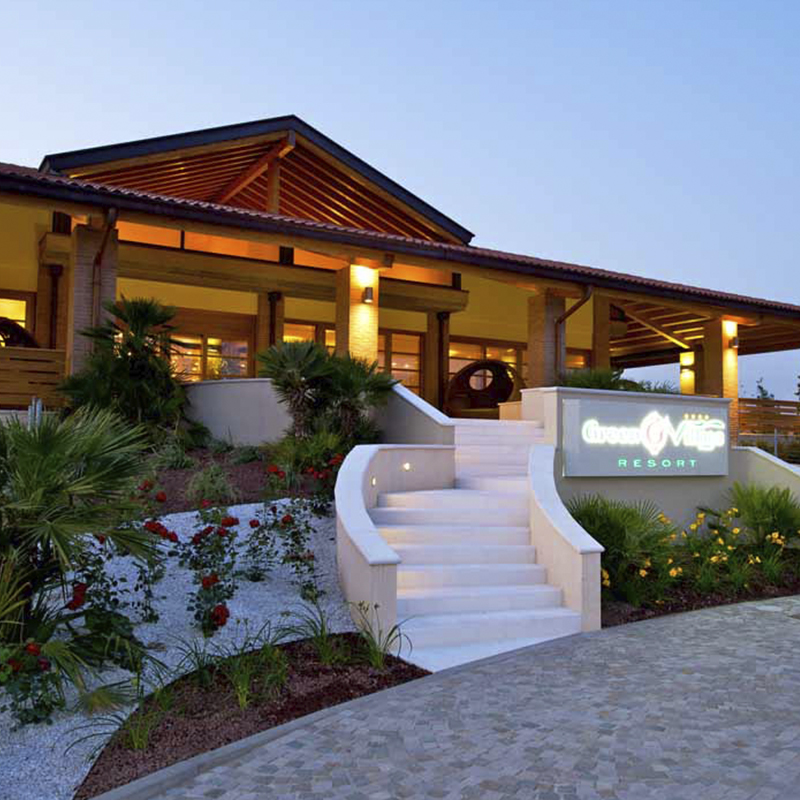 During the 1980s and 90s the ornamental plant production was continuously expanded and practically replaced the agriculture-specific products (scions, poplars and fruit trees) from the early days of the company.

During these years daughter Mila also entered the family business. Due to significant frost damage as a result of temperatures as low as -25 degrees in 1985, primarily in the region of Pistoia, production was reduced severely. Nevertheless operations were not impaired, so that both the company and Aldo, who had been knighted in 1979, received important awards from the highest state authorities; the Members of Parliament Andreotti and Spadolini honoured him by awarding him the title “Officer and Commander of the Republic”. 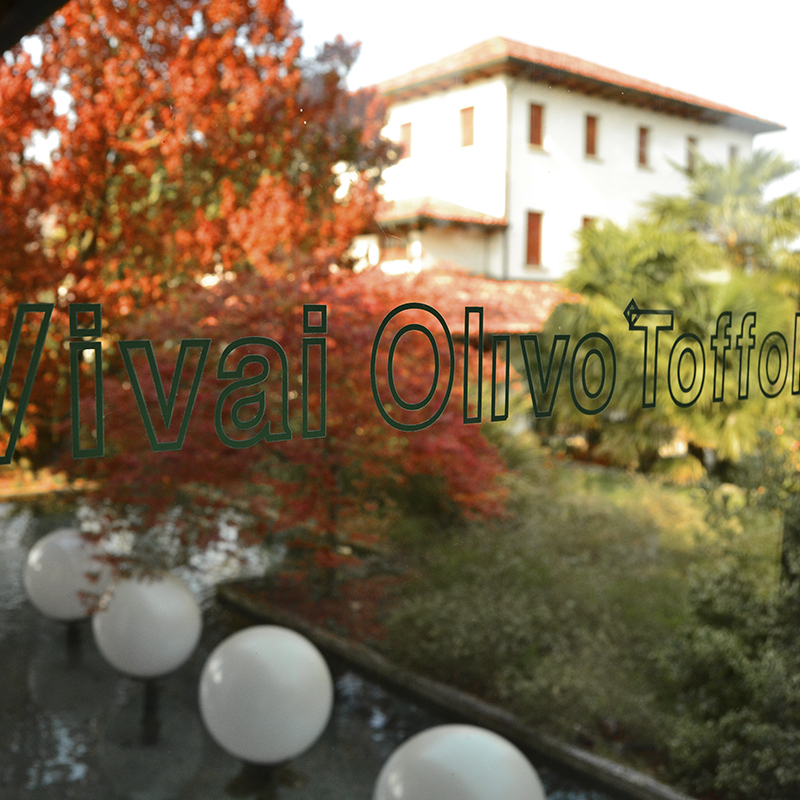 The decade from 1990 to 2000 was particularly successful and filled with good productivity – the most important companies and building firms approached us in order to improve their work with our professional landscaping. The creation of numerous works at the Aviano NATO base, the co-operation with the most important tourism agencies of the Northern Adriatic and the green areas, which were created for various public authorities in Friuli-Venezia Giulia during this time, are worth mentioning. 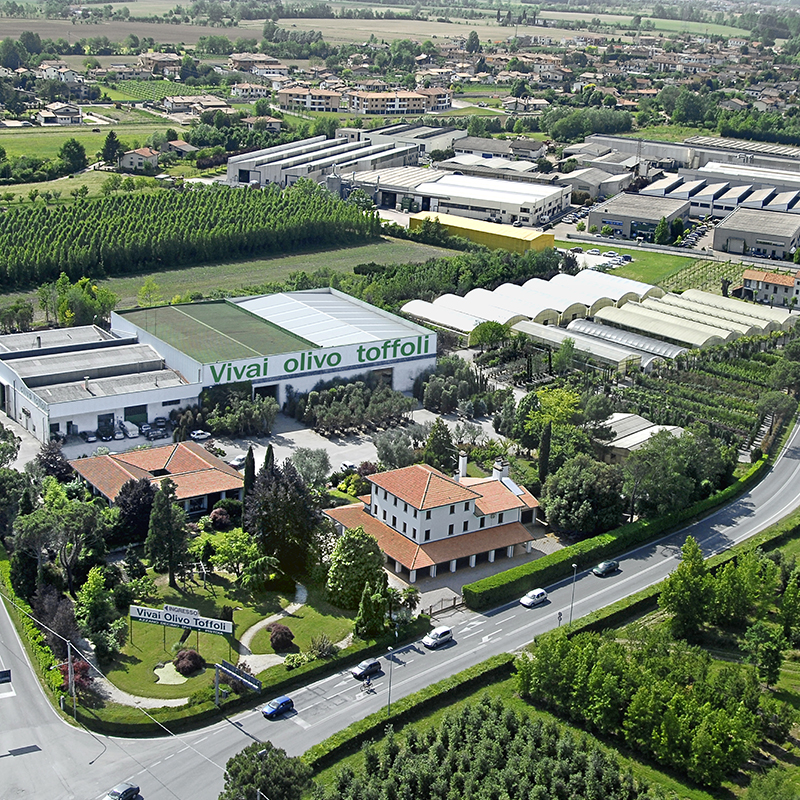 During the 2000s the foreign exports – in particular to Croatia, the Netherlands, Austria and Germany – were increased. In addition, the planning of green spaces was developed and modernised in step with the market, which is continuously growing and wants to reach new European and non-European countries. The most important private green spaces of recent years include Porto San Rocco a Muggia (Trieste), various 5-star holiday complexes and resorts on the coast of Venetia and Friuli (Jesolo, Caorle, Bibione, Lignano and Grado), as well as business premises, docks and campsites throughout Italy. Lisetta died in 2001 and Aldo in 2013. A few weeks after his death, the municipality of Azzano Decimo awarded one last renowned accolade for the work he had done over 50 years – a sign that, in spite of the economic crisis of the last few years, we represent a stable and productive top-class business. Thanks to all the men and women who have worked with us in the past and who still do so today, we guarantee cross-generational continuity and reliability on the market. This makes us proud, enterprising, optimistic and believing in the future.